This week saw not one but two major announcements by the social network Twitter. The social media giant has been innovating the market quite a bit recently and their announcements on the 18th April reinforced this. The first innovation of this year was back in January when Vine was launched by Twitter, “a new way to share video“, letting users share videos like it does Tweets. With more people owning smart phones with video capabilities Twitter reacted to a need of their users in order to retain and attract.

The first of yesterdays announcements was that of Twitter #music, an new app which works alongside a users Twitter activity to determine what music they should listen to. For example you may follow a band which will then be listed in your own music section of Twitter. At present twitterers can listen to the full track via three platforms – iTunes, Spotify and Rdio; however Twitter are looking into other music service providers aswell. There are a few very clever features to this app, my favourite being the fact that you can directly follow an artist by tapping on them from the chart without it taking you away from that page. You follow your favourite artists on Twitter so you should be able to listen to them on Twitter! 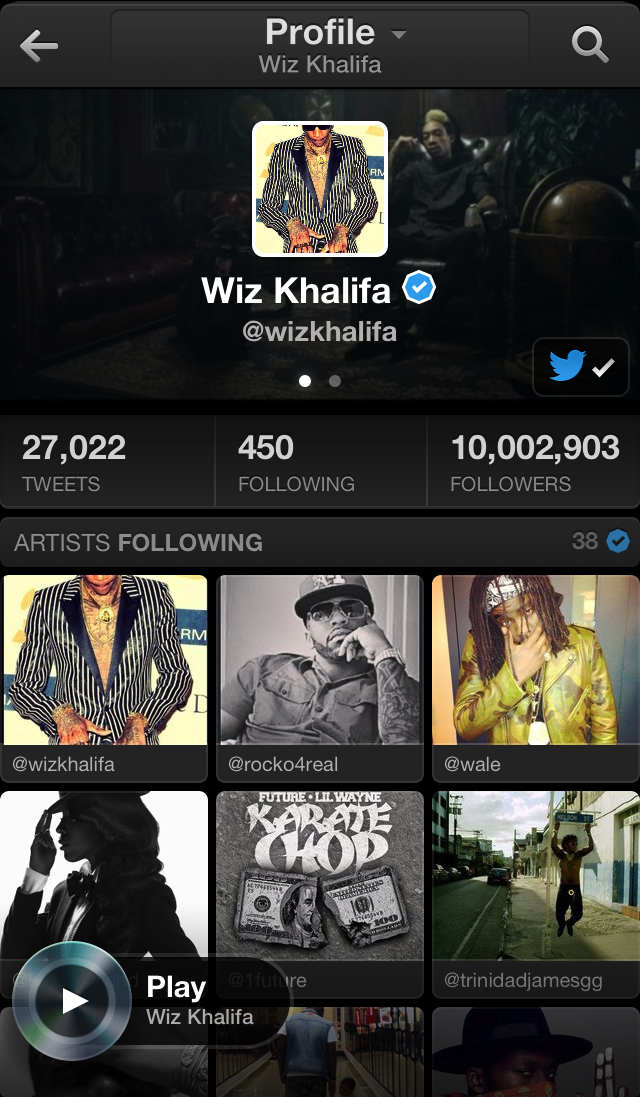 The second announcement moved away from improving the user experience concentrating on what Twitter could offer advertisers. With SEO and keywords taking precedence in many marketing strategies Twitter has now enabled companies to be able to target their tweets dependent on keywords. Twitter believe that this feature will also be beneficial to the user as the promoted tweets they see will be more relevant, whereas before promoted tweets were selected down to who you followed and who followed you not what you were tweeting about. A move towards keywords will surely mean that Twitter sees an increase in advertising revenue as Tweets will be more focused. Get in touch on our Twitter and let us know what you think about Twitters recent developments.

Growth Hacking with MyTwitterManager – Can You Really Outsource Social?

This site uses Akismet to reduce spam. Learn how your comment data is processed.